„An inductor (also choke, coil, or reactor) is a passive two-terminal electrical component that stores energy in its magnetic field. For comparison, a capacitor stores energy in an electric field, and a resistor does not store energy but rather dissipates energy as heat.” (wikipedia) 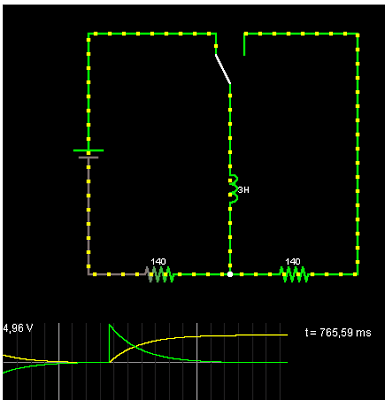 In the circuit from above there is 5V across the inductor, and no current. Over time, the voltage across the inductor decreases, allowing the flow of current to slowly increase until it acts as a closed circuit; current flows freely across it. 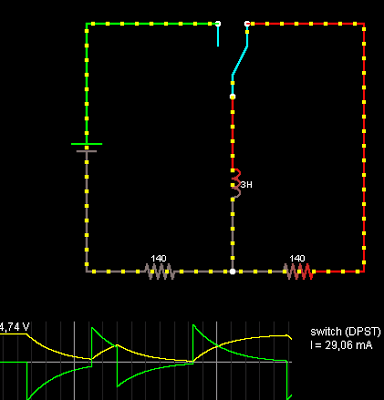 When the inductor is connected to the resistor it will „discharge” the electric charge stored in the magnetic field till the current flow will decrease to zero.
The scope below the circuit shows the voltage across the inductor in green, and the current in yellow.